Why Hyperbaric Therapy Is One Of Hollywood’s Best-Kept Secrets 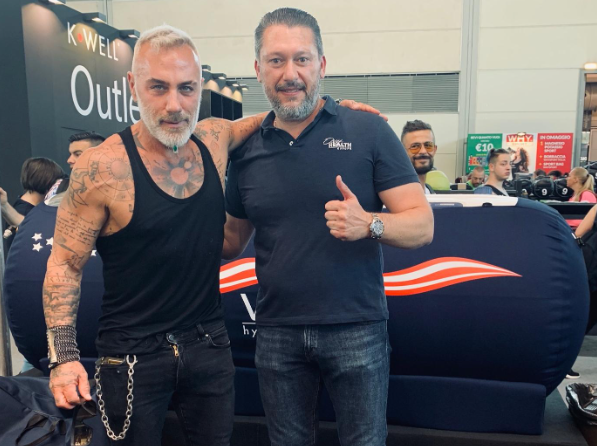 Everyone wants to look and feel healthy, but sometimes even the best lifestyles can’t prevent the wrinkles encroaching. Exciting studies have suggested hyperbaric therapy is a potential way to keep skin looking younger for longer. What exactly is hyperbaric therapy, and how does it work?

What Is Hyperbaric Therapy?

As the body ages, it becomes increasingly challenging to maintain a healthy circulatory system. The skin is often the first casualty, with the delicate capillaries at the surface being some of the hardest for live-giving red blood cells to reach. Hyperbaric therapy is a method of flooding the body with oxygen, enabling damaged or peripheral areas to be nurtured. Additional oxygen has been linked to a range of positive physiological changes, such as releasing healing stem cells and improving the structure of collagen.

Hyperbaric therapy has multiple applications. In hospitals it is an established treatment for a range of medical conditions, and is widely used by athletes as part of their recovery schedule. Largely due to its role in enhancing collagen without the need for needles, ‘mild’ , or non-medical hyperbarics are also becoming a Hollywood skincare staple. Whether the skin has been damaged by radiation, surgery, or simply ageing, studies have repeatedly suggested that hyperbaric therapy is a simple and effective way of helping the skin heal itself.

How Does Hyperbaric Therapy Work?

In a hyperbaric chamber, the air pressure is controlled so that the lungs can absorb much more oxygen. The body does this naturally in the everyday world: due to the change in pressure, it’s much easier to breathe at sea level than at the top of a mountain. The mildly pressurised environment of a hyperbaric chamber greatly increases the amount of O2 available for absorption by the blood. The additional oxygen makes the plasma and haemoglobin in the blood more malleable, enabling it to reach even the trickiest areas. At the same time, hyperbaric therapy stimulates regenerative stem cells, which help to repair damaged blood vessels and tissue.

Hyperbaric therapy is arguably one of the most relaxing therapies available. Several celebrities curl up inside a hyperbaric chamber at night – something that Justin Bieber describes as “pretty cool” – whilst others may just use their chamber for an hour or so as part of their daily fitness routine. As there is a pressure change involved, some people report a mild sensation of their ears filling up in a similar way to how ears pop when a plane is climbing, but this is usually subtle and short-lasting. When using a chamber, it is possible to watch TV, listen to music, or simply lie comfortably and meditate.

Is A Hyperbaric Chamber Right For Me?

If you feel that your body could use a helping hand in keeping you looking and feeling young and fresh, then it might be. The biophysical processes that hyperbaric therapy enables are very well understood by scientists, and it hasn’t taken long for Hollywood to discover that well-established treatments in the medical realm can also be helpful as part of a daily self-care routine. If you want to learn more about how oxygen therapy might just be that elusive fountain of youth, have a chat with one of our hyperbaric advisers today!

* OxyHealth® is a registered EU trademark of OxyHealth Europe S.L. Solace210®, Respiro270®, Vitaeris320®, Quamvis320® and Fortius420® are federally registered and trademarked names of OxyHealth Corporation. Based on certain applicable EU directives, OxyHealth chambers (except Fortius 420®) are considered non-medical devices in the European Union and the UK.